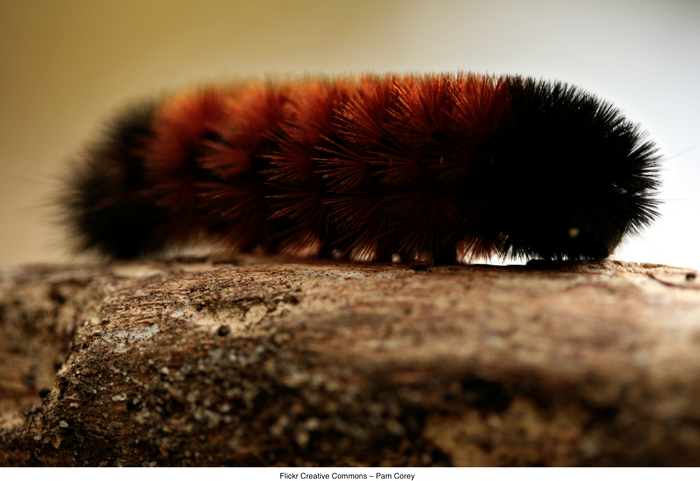 The Woolly Bear Caterpillar (Pyrrharctia isabella) is one of the more ubiquitous and more impressively adaptable creatures in the Northeastern United States and particularly in the Adirondacks. These black, red, and fuzzy caterpillars emerge from their pupa in the fall and explode in numbers throughout the Adirondacks around October. When winter finally comes in November, the insect buries under only the top layer of leaf litter and characteristically curls up with its bristles facing outwards. In this curled-up state, the Woolly Bear Caterpillar performs a number of striking biological processes.To prepare for winter, they convert their glycogen stores into glycerol and sorbitol (alcohols) which then make up 5% of the insect’s body mass. These alcohols are cryoprotectants, or antifreeze proteins, and they reduce the freezing point of the caterpillar’s blood to 14°F as well as prevent ice formation over the outside of the animal up to -22°F. Despite this, the insects freeze completely, (i.e., hard to the touch) when the temperature dips below 7°F and the glycerol and sorbitol act to prevent cell damage from this freezing. In late March, the caterpillar thaws and spins a cocoon under the leaf litter. One month later, the caterpillar emerges from the winter as an Isabella Tiger Moth. 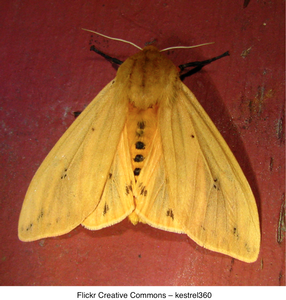 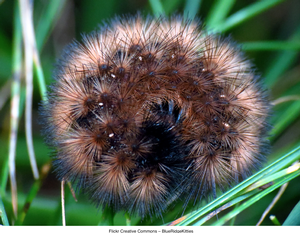